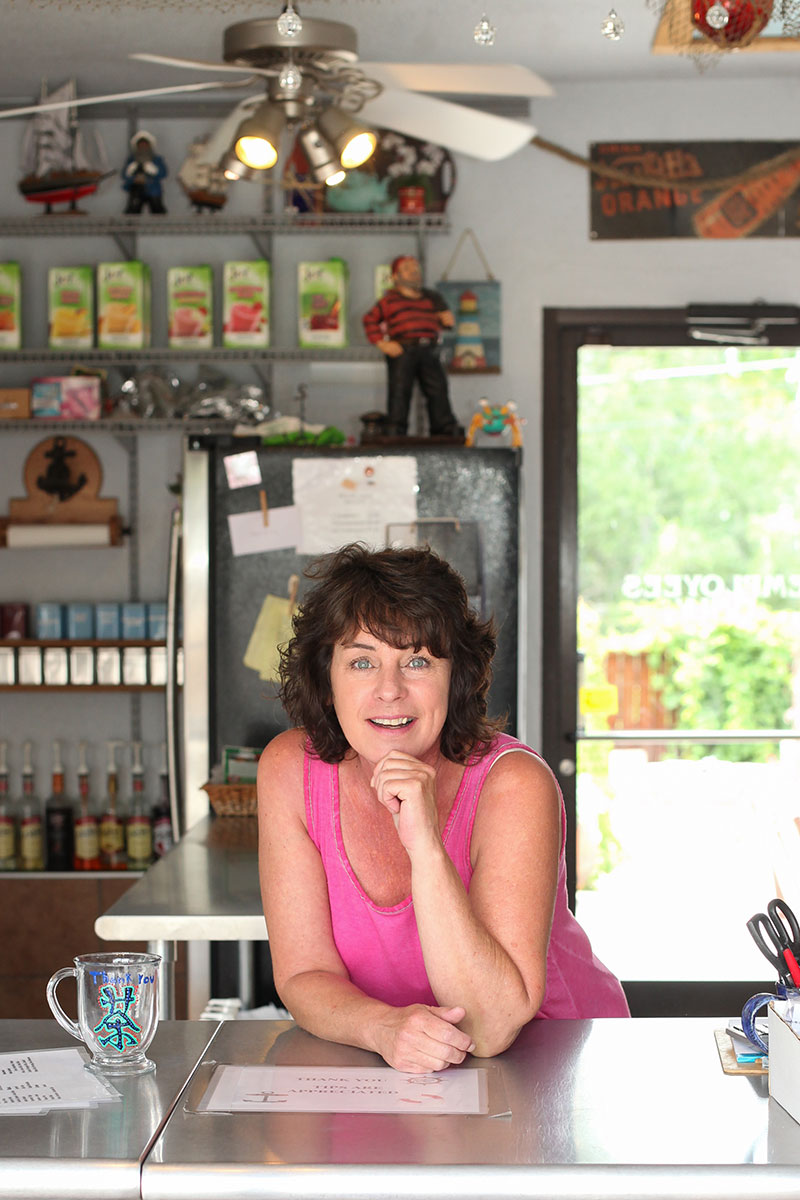 Cathie Boston’s fascination with tea began when she was a little girl in Grand Rapids, Michigan. She watched her mother carefully pour hot water into a colorful tea cup over the waiting tea bag, then wait, wide-eyed, as the liquid began to take on its rich amber color. It was a ritual Cathie would mimic as she “brewed” tea in her room, holding tiny cups up to the lips of the dolls and stuffed animals.

Although her mother would give her tea when she had a stomach ache, Cathie didn’t know then the impact tea could—or ultimately would—have on her own health. In her 20’s, after being diagnosed with a medical condition her doctor said would require surgery. Realizing that she did not want to have surgery, she was referred to a homeopathic by her sons teacher. Although she was very skeptical about the recommendation, she contacted the homeopath.

“The homeopathic had me stop drinking coffee along with stopping my birth control pills, and I took my remedy, which at first gave me such bad headaches I actually went to an eye doctor and dentist to see if something was wrong,” Cathie says. “I then learned that these types of symptoms are common as the body cleanses caffeine and other toxins out of the system as a result from the remedy. For the first few days I also felt bloated, but after about 5 days I felt good again. I couldn’t believe how well it worked. My symptoms were completely gone.”

The homeopathic remedy worked, and both the symptoms she’d experience and the cause of the underlying problems dissipated.

More than a decade later, Cathie again found herself in a doctor’s office. Having run a culture panel and diagnosing a bacterial infection, her physician followed an often-standard medical protocol and prescribed a series of antibiotics.  The results were devastating, including changes in her skin color and intense abdominal pain.

Fortunately, Cathie had been looking over anatomy and physiology books to learn more about how the human body functions while also and researching plant-based medicines. She made the decision to start with a single herb to see if it would bring her any relief. Once again, the results were overwhelmingly positive.

Once Cathie opened Boston Harbor in 2002, it wasn’t long before her two passions—natural healing and tea—began to blend. Her friendly smile innate love of people made it easy for customers to talk with her about their lives and their health. She shared her own story and made suggestions as to which herbs, if used properly, could also benefit them. She also talked about how tea’s steeping process proved to be the ideal delivery system for medicinal herbs. She still offers consultations to customers, whether in the store or to clients across the U.S.

“Our blends will help to either cleans or build up your system,” Cathie says. “But you do have to take a break sometimes to allow your body to do the work. There are others, like green tea, you can drink every day if that’s just part of your ritual.”

Enjoy a visit to Boston Harbor today and you’ll often see Cathie chatting with guests in the shop or sitting with them out on the deck, a cup of tea in her hand, dog Bob at her feet and her distinctive laugh ringing out. One glance will tell you she’s happy, healthy and most of all, living her lifelong dream. 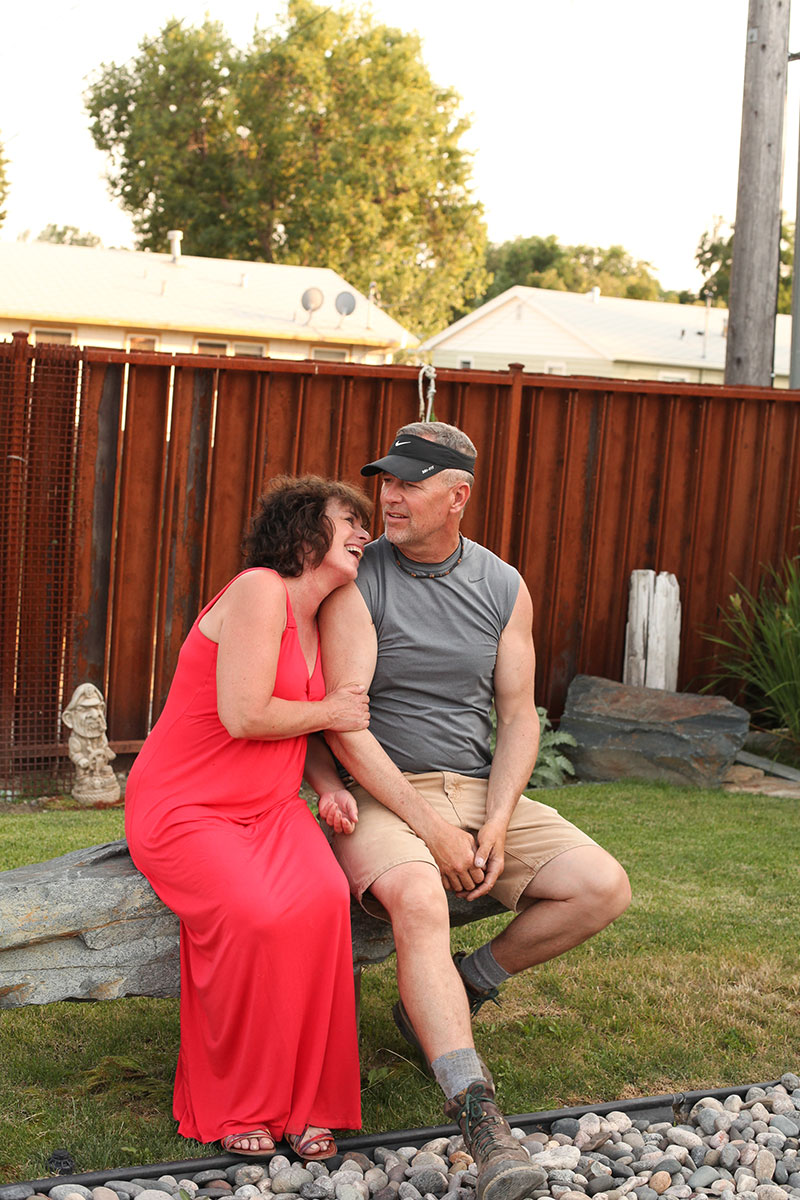 One of Cathie’s biggest fans, but most skeptical customers, was her husband Troy. Although he was an avid supporter of opening the store, and used his more-than-considerable carpentry skills to create the warm and homey shop, he rarely if ever opted to enjoy a cup himself.  That changed after he was buried alive as the result of a trench excavation accident, which left him fighting for air as nearly 30 feet of dirt piled on his back, legs and neck.

“I survived, but had some serious injuries to my back,” he recalls. “Over several months there was no improvement, and I was facing orthopedic surgery. I would have done anything to alleviate the pain at that point.”

Cathie instead began putting together an herbal blend designed to reduce inflammation and alleviate the discomfort he was experiencing. He began to drink it daily, and noticed an immediate difference in how he felt. Within days he stopped taking the pain relievers that had been prescribed for him.

“It was a turning point for my injury and an eye-opening experience for me,” he said. “We called it ‘Troy’s backache tea’, and I’ll still drink it when I’m having minor back pain because it offers such quick relief. I tell other people about it and offer it to them if they’re having back pain or considering surgery. It may not work for everybody, but it has consistently helped me. Now I also use the cold remedies in the winter, and I usually drink tea during the week.”