Over the 14 years that Boston Harbor has been running in Billings Montana, we’ve had many people come in and tell us that they were going to try to make marshmallows out of marshmallow root. As you know, marshmallow root in one of the main reasons why this shop exists. You can read more about the amazing benefits of marshmallow root from our past blog here https://www.bostonharbormt.com/?p=539. After hearing about these treats being made and knowing how great marshmallow root is, we decided to give it a try ourselves!

There were a couple different recipes that we tried and they both had very different outcomes.

The first recipe that we tried came from the website New Life on a Homestead. The website and recipe can be found here http://newlifeonahomestead.com/how-to-make-marshmallows-from-marshmallow-plant-root-recipe/.

The article gives two recipe options. We went with the one with less sugar and less ingredients. It was a pretty simple recipe.

Whip egg whites until almost stiff. Add vanilla and whip until stiff. Then whip in the sugar, 1 tsp at the time. Finally, add Marshmallow and whip again. Place by teaspoonful on cookie sheet. Bake in 325 oven for 1 hour.

Now when you think marshmallows, you think the white fluffy sweet treats, right? Well with this particular marshmallow recipe, you end up baking the mixture and it makes a meringue in the end. So they turned out to be more like a cookie instead. They tasted good and you could actually taste the marshmallow root in these “marshmallows”. But we didn’t stop there. Just out of curiosity we took that same recipe and instead of making the blobs like we did in the first trial, we poured the mixture into a pan and baked it just to see if doing it this way would make them fluffy. Essentially it turned out the same as the blobs, but the center of the meringue was kind of chewy. The taste was the same. Some actually liked the second trial better than the first. 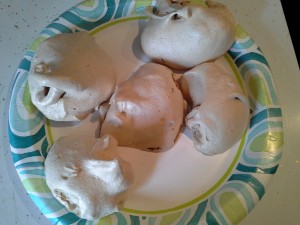 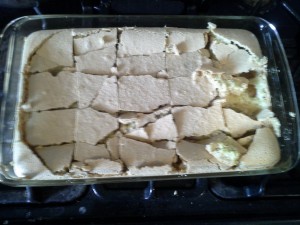 Although this recipe calls for hibiscus flowers, we decided to leave those out and used a full cup of water instead of adding the rose hydrosol (rose water). And we ran out of vanilla extract so we used peppermint extract instead. By the time everything was finished with this recipe, we ended up with the sweet fluffy marshmallows that one would ideally think of. As for the taste, you could definitely taste the peppermint and the honey. The marshmallow root flavor wasn’t as distinct as it was in the first recipe that we tried, but it was still very good and very sticky!! Since we used the peppermint extract in these, we thought they would pair very well with hot chocolate. We also thought about mixing the recipe up a little and trying it with a flavored gelatin of some sort and an extract that might pair well with the gelatin flavor would be fun to try later on. Really you could make them any flavor you wanted to. 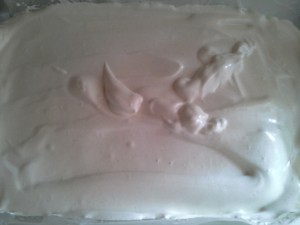 We hope everyone enjoyed reading about our experiment making Marshmallow Marshmallows and if you try it let us know how it went and what do did to yours!